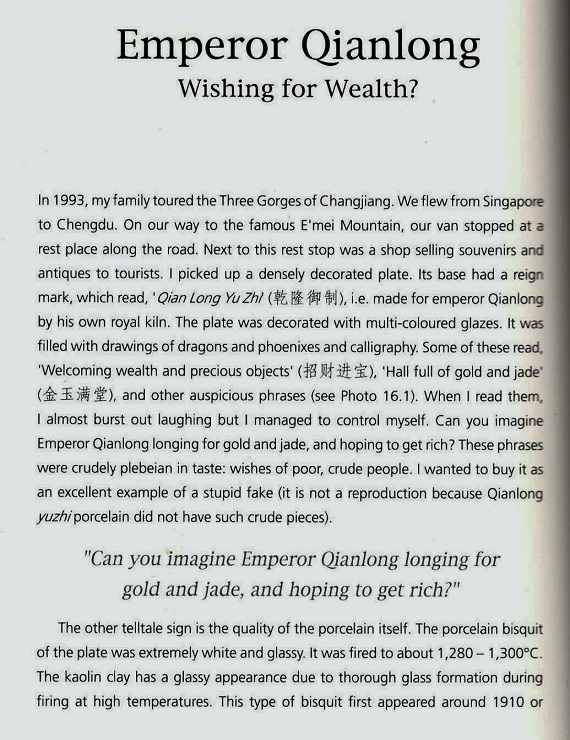 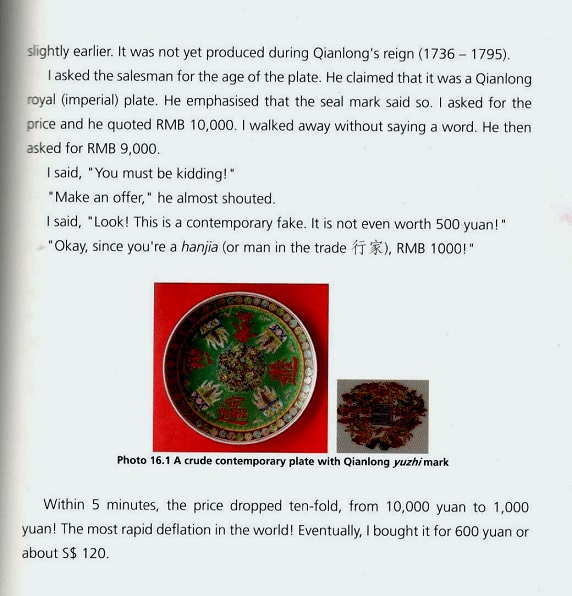 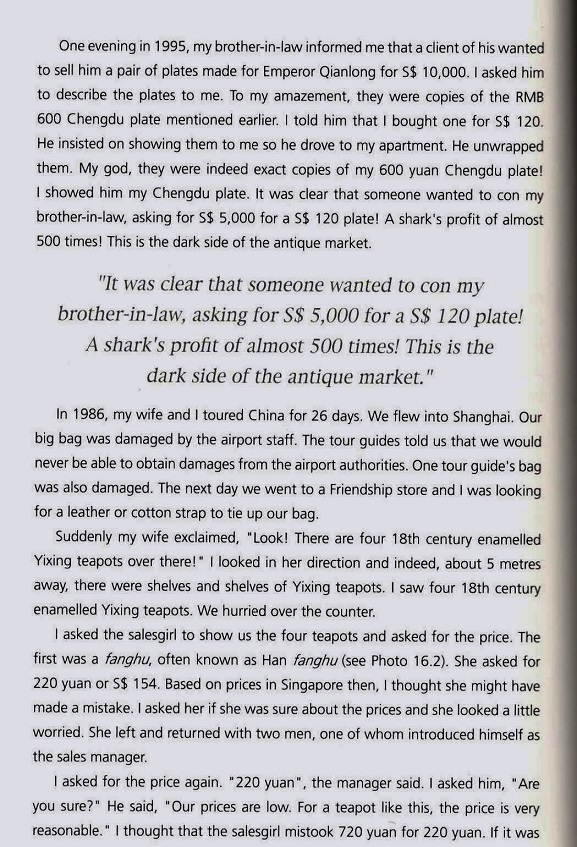 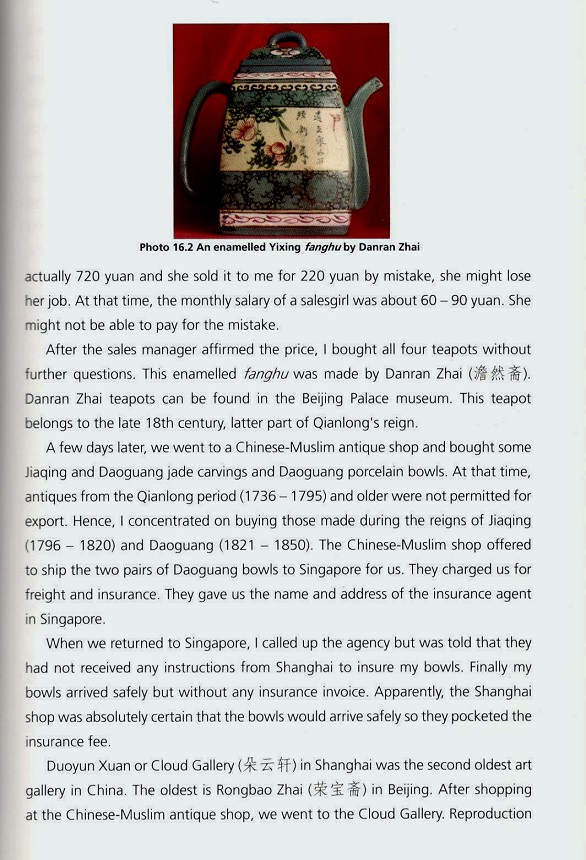 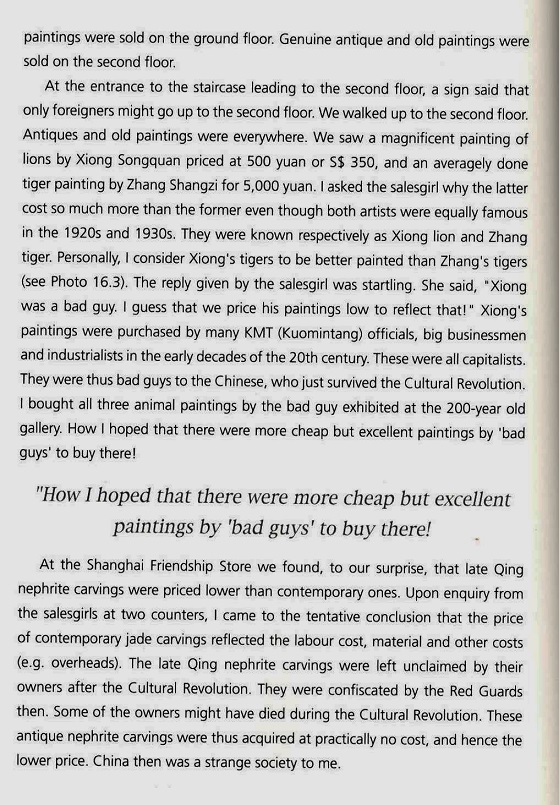 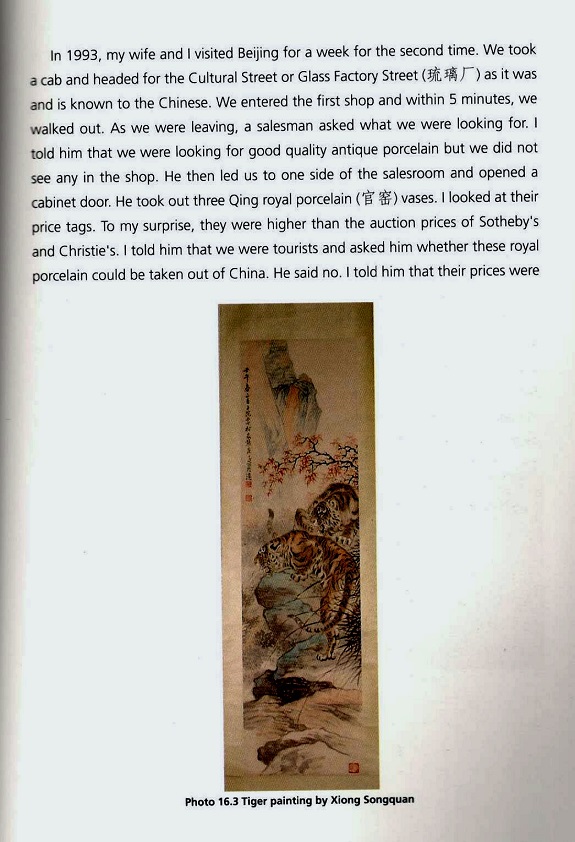 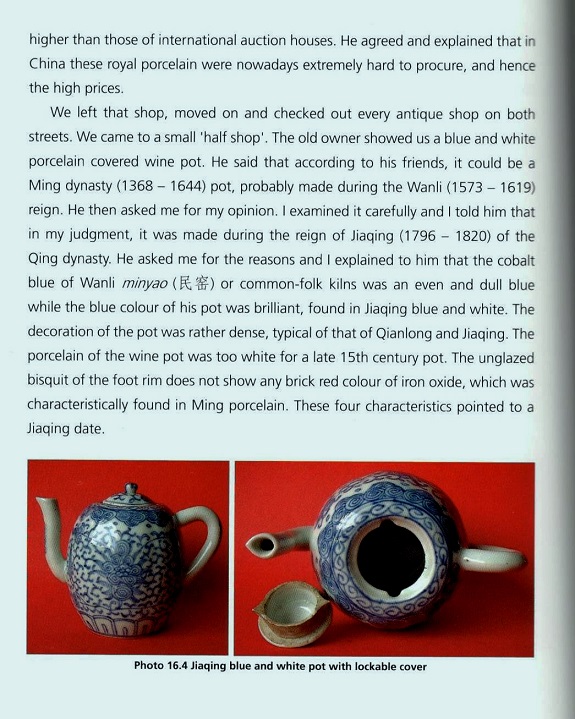 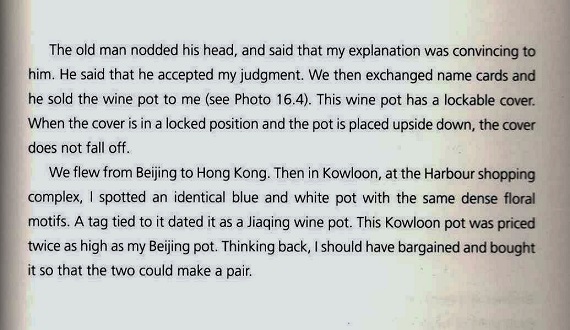 Who was The Emperor Who Started a War to Amuse his Beloved?


Some facts about this emperor:

Featured Items At Our Stall (at The Amcorp Weekend Flea Market) for the Month of Nov - Dec 2015 - Plate, Ink block and Tianju 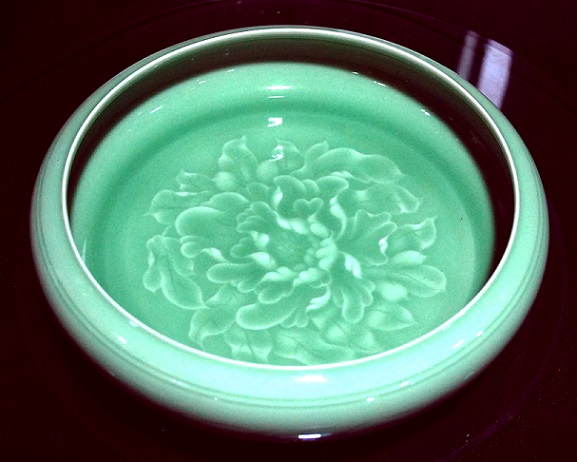 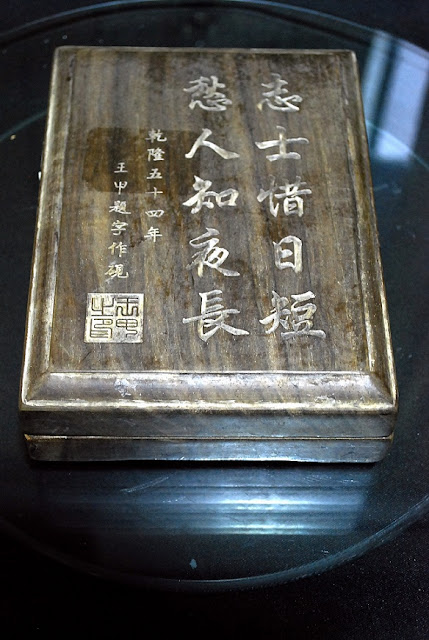 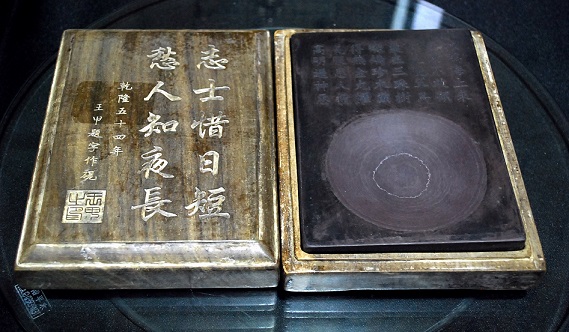 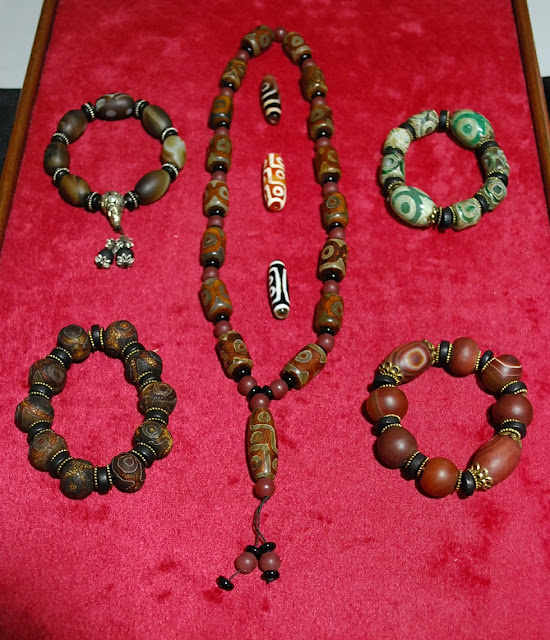 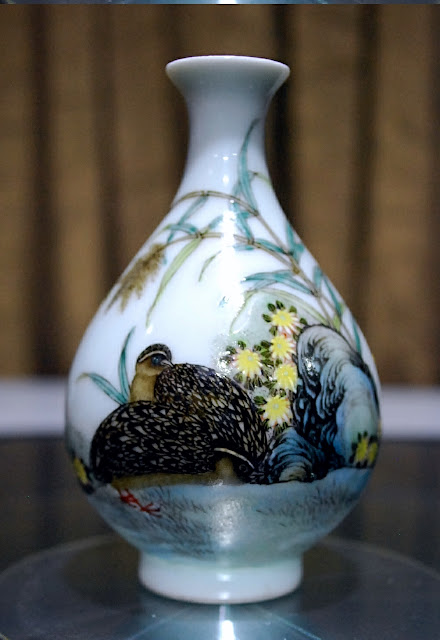 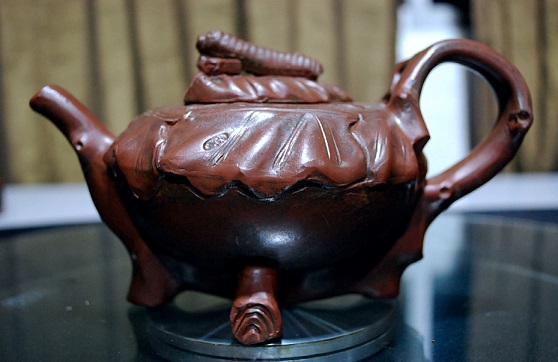 An Unexpected Invitation to a Panel Discussion at Christie's Hong Kong...

The journey as an entrepreneur is never an easy one. Risks, challenges and uncertainties are just part and parcel of this journey. However, I've chosen to embrace them and make them my companions, and I'm amazed at how much I've accomplished to date. I'm extremely thrilled to announce that I've just been invited for a panel discussion titled ''s Collectors: Boundless Ambitions?' at Christie's , which will be taking place prior to their auction preview! While I will not be able to attend this panel discussion, I'm honoured all the same that my presence has been acknowledged and welcomed by such a prestigious organization. Needless to say, it has motivated me to forge ahead and challenge myself even more! 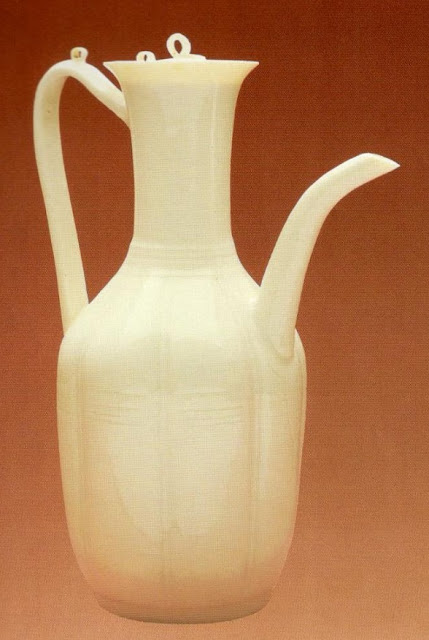 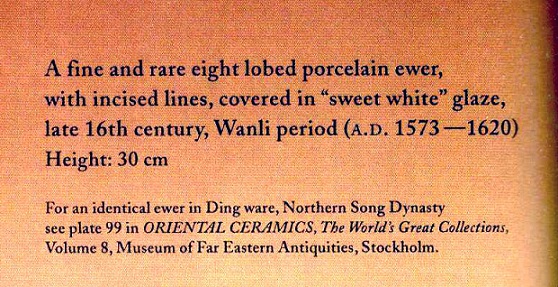 
Hong Kong collector Alan Chuang amasses a fabulous art collection
BILLIONAIRE Alan Chuang’s hilltop residence on Victoria Peak is impeccably decorated with flowers, antique Chinese furniture made of prized huanghualihardwood, exquisite chandeliers from France, and windows offering breathtaking views of Hong Kong.
But the really extraordinary feature of his HK$2bil (US$260mil) mansion lies behind a nondescript door in the basement: a small part of his collection of some 300 rare and ancient porcelain pieces, which he’s showing for the first time to a journalist.
His hoard – most of which is stored in carefully guarded locations around Hong Kong – includes spectacular ceramic art from the Yuan (1271–1368), Ming (1368–1644), and Qing (1644–1911) dynasties. “Chuang is one of the world’s top collectors of Chinese imperial porcelain,” says Jason Tse, a Hong Kong–based former director of Chinese ceramics at Sotheby’s. “What really sets him apart is the refinement of his collection. He goes for quality rather than quantity.”
For the 67-year-old chairman of investment holding company Chuang’s Consortium International, the cream-coloured basement room is a warmly lit sanctuary he shares with a few friends such as Fidelity Investments chairman Edward C. “Ned” Johnson III.
Chuang says Johnson once came here to take a look at an antique chair in Chuang’s collection of Chinese furniture. Johnson, who has a similar chair, wanted to see Chuang’s before sending his own off for repairs.
One piece in Chuang’s collection is a famous Ming-era porcelain cup that, because of its ornamentation, is known as a “chicken cup.” Only a few people are aware that Chuang owns one of the few Chenghua chicken cups that exist outside of museums. In April 2014, billionaire businessman Liu Yiqian paid a record US$36mil for a chicken cup, making international headlines.
Chuang is especially fond of a rare 18th-century Yongzheng porcelain bowl with a famille rose peach-and-bat (the flying kind, symbol of good fortune) design. He says his bowl is believed to be the only one decorated with five peaches on the exterior (symbolising blessings of longevity). In October, Sotheby’s estimated the value of the bowl at HK$40mil to HK$60mil. Not that Chuang would ever sell it. He says he doesn’t collect Chinese ceramics as an investment. “It’s a hobby,” he says. “Simple as that.”
In his basement, the mustachioed Chuang can barely contain his enthusiasm for the stunning possessions displayed on antique tables and in a custom-made cabinet. As he admires a Guanyin (Goddess of Mercy), who was worshiped by Yuan dynasty emperors, he says, “She has brought a lot of good fortune.” He bought the piece, about the size of an infant, for about £2mil (US$3.1mil) from a London-based dealer in 2005.
Chuang estimates the cost of his acquisitions at HK$2bil; he says experts now value his collection at HK$10bil to HK$20bil. Chuang says only Hong Kong property has fared better over the four decades he has been collecting.
During that time, China’s economy went from being one of the world’s poorest to the second largest. In recent years, China’s economic growth has slowed, but it will “eventually emerge stronger,” Chuang says, and when it does, there will be more and more wealthy Chinese chasing a limited number of collectibles. “In the future, there will be another 100 entrepreneurs like Jack Ma in China,” he says of the founder of Alibaba Group, one of mainland China’s richest people. “And they will want to own a piece of their history.”
In 1975, when he started collecting Chinese ceramics at the age of 27, Chuang worked as a quality-control officer at his father’s manufacturing company, earning HK$750 a month and learning the business from the ground up. He took over the family firm in 1993 and successfully diversified it into an investment empire. Now that his four grown children are working in the family business, Chuang travels the world (he has three yachts and a private jet), does some scuba diving and sailing, and, of course, builds his collection.
When the planned M+ museum in the West Kowloon Cultural District opens in 2018, Chuang says, he intends to lend part of his collection to the Hong Kong government for exhibition. For the time being, short of visiting Chuang in his basement, the only way to experience any of his treasures is to peruse a beautifully printed, 408-page catalog that costs US$600 if you can find one. By printing only 2,000 copies of The Alan Chuang Collection of Chinese Porcelain in 2009, Chuang made sure that the book itself would be a work of art. The catalog covers only 121 of his pieces. Another volume, Chuang says, is in the works. — Bloomberg 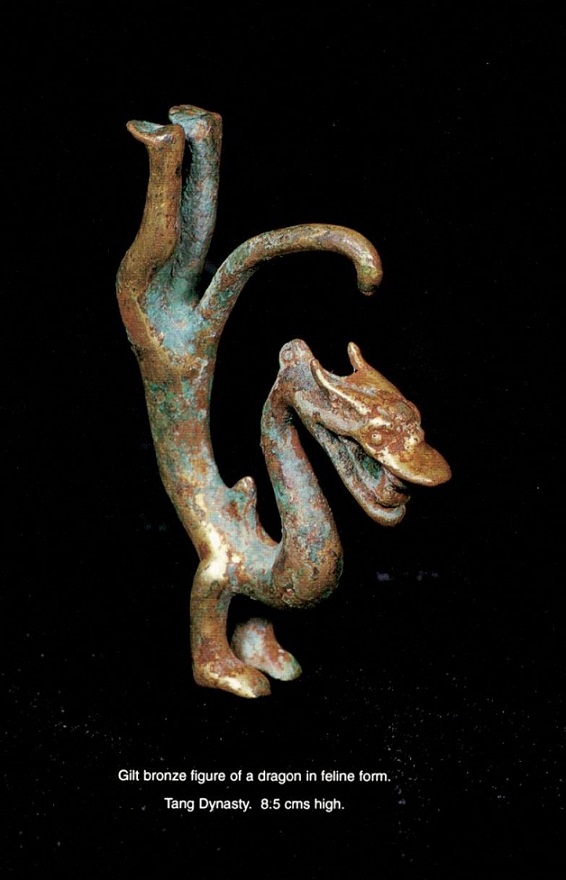 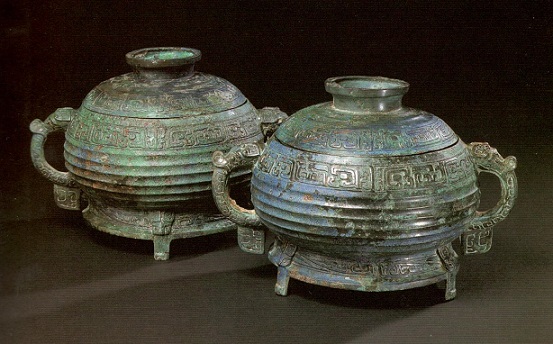 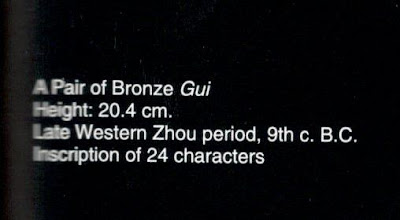