Collectors can take part in sales streamed online from April.

The online retail giant eBay today launched a new section of its website dedicated to live auctions at Sotheby’s. Modern and contemporary photographs by Man Ray, Paul Strand and László Moholy-Nagy are among the works for sale in the first auction, which will be streamed live on 1 April. The second sale of memorabilia, which includes a ten-foot-tall sign from Yankee Stadium from the collection of the basketball player Reggie

All auctions at Sotheby's New York, apart from its big, biannual evening sales in May and November, are due to be broadcast on eBay, allowing 155 million monthly users to bid on works of art, antiques and fine wines, among other categories. There are plans to extend the model to Sotheby's salerooms around the world.

While auction houses have offered online auctions for several years, the art trade has been slower than most industries to embrace the internet. However, that is changing rapidly. In 2014, Sotheby’s had nearly 25% more buyers online than the previous year, and the amount people are prepared to part with over the internet is also rising. Last year, ten lots sold for more than $500,000 to online bidders across categories.


The heirs of an Italian senator sued Christie’s International Plc over the sale of a rare diamond valued at more than $40 million that they say was stolen.

Christie’s failed to investigate the rightful ownership of the “Princie Diamond” before auctioning it off in 2013, Senator Renato Angiolillo’s heirs said in the complaint. Christie’s rejected the accusation, blaming the family for fighting over an inheritance.

The 34.65 carat diamond, mined more than 300 years ago in India and named after a prince, is maybe the most famous and illustrious pink diamond in the world, according to the complaint.

The ownership dispute began after Angiolillo’s second wife died in 2009. The senator’s heirs asked her son to return the diamond and other gems, which his wife was allowed to hold following his death in 1973. They were told she didn’t have the gems, according to the complaint.

The heirs began a search for the missing gems and Italian authorities began a criminal investigation, according to the lawsuit. In early April 2013, the heirs learned that Christie’s planned to sell the Princie Diamond later that month.
They said they contacted the auction house and asked it to investigate the diamond’s origin. Christie’s refused, saying the ownership of the diamond was properly transferred under Swiss law, and allowed the sale to go ahead, collecting a $3.8 million commission, according to the complaint.

“New York law provides that once there is a ‘thief,’ an involuntary transfer, or the property is lost in the chain of title, no one can take good title,” the heirs said in the complaint.

Christie’s said in a statement that the suit “stems from a long-standing and highly contentious inheritance dispute among the members of an Italian family.”
“Prior to Christie’s sale of the diamond in 2013, the two main representatives of the family had expressly withdrawn any objection to the sale,” Christie’s said. “They are well aware that the consignor of the Princie Diamond was not a member of the family, but a bona fide purchaser who acquired the diamond in an arms-length transaction for a significant sum and had held full and clear title to it for several years.” 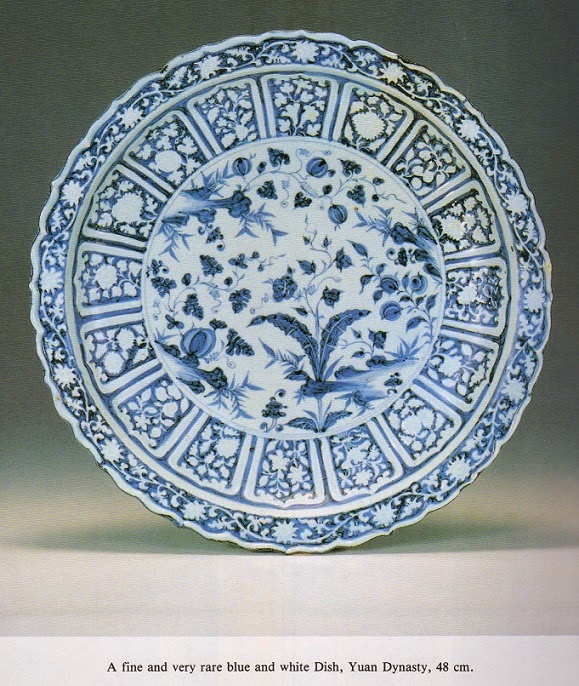 Emperor Shizu aka Kublai Khan - The Emperor of Bold Vision


Some quick facts about this emperor:
Ø      An enterprising politician who was never tired of seeking improvement.
Ø      Implemented the policy of zhiguo anmin (good government to ensure security for the people)
Ø      Admired Emperor Taizong of the Tang Dynasty.
Ø      Issued the 14 Rules of Agriculture and Sericulture. 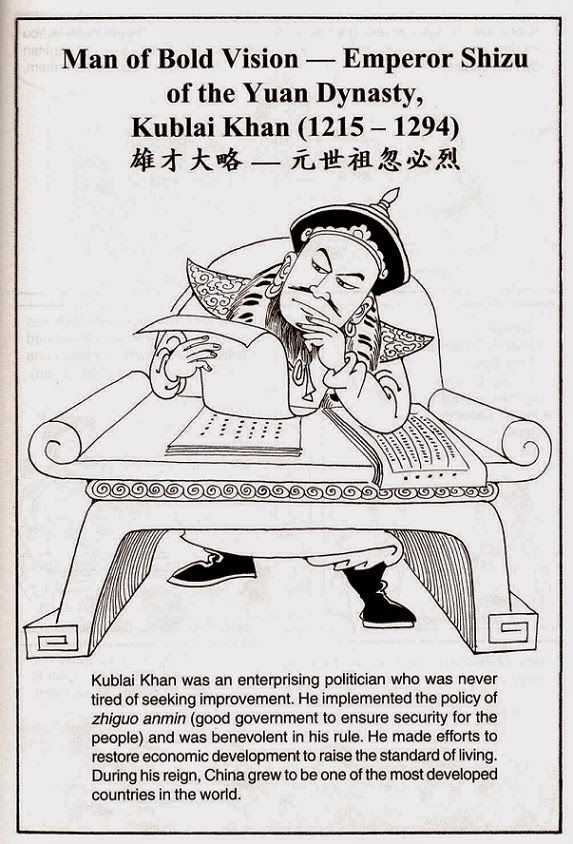 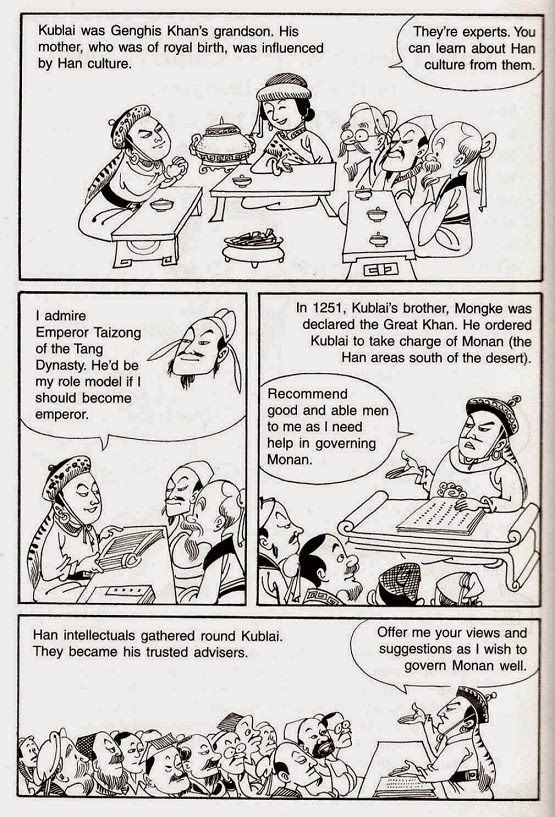 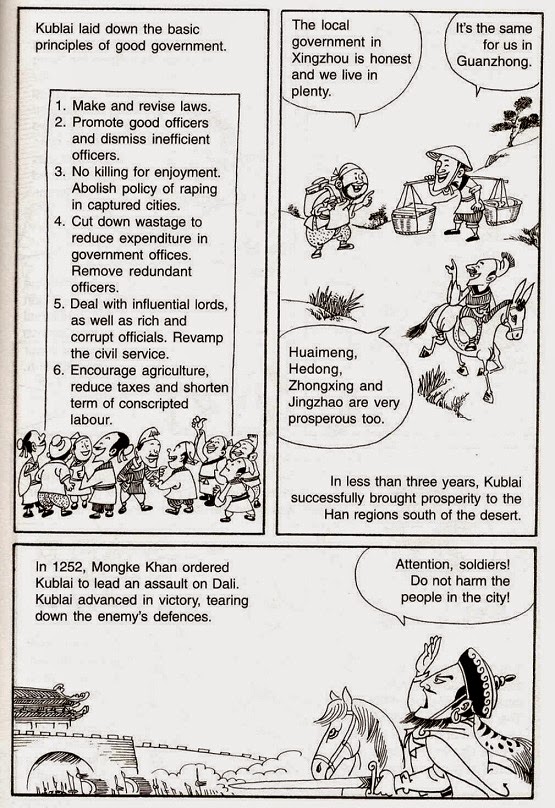 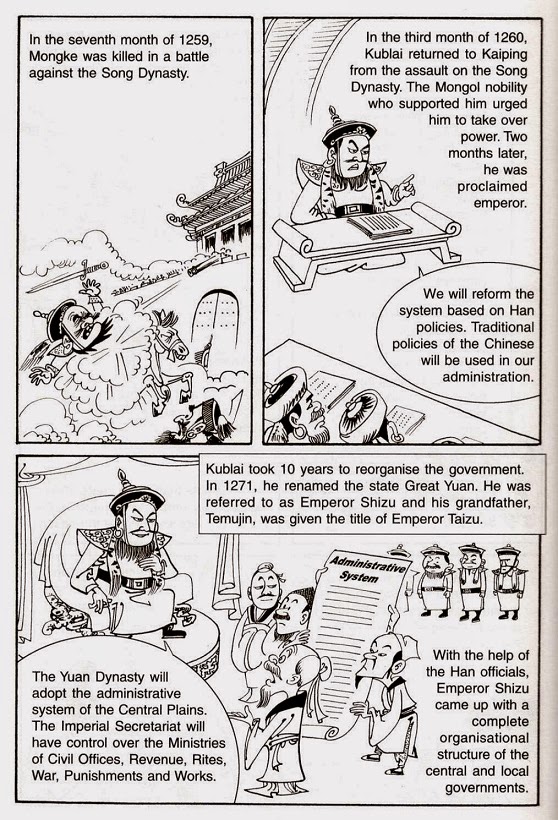 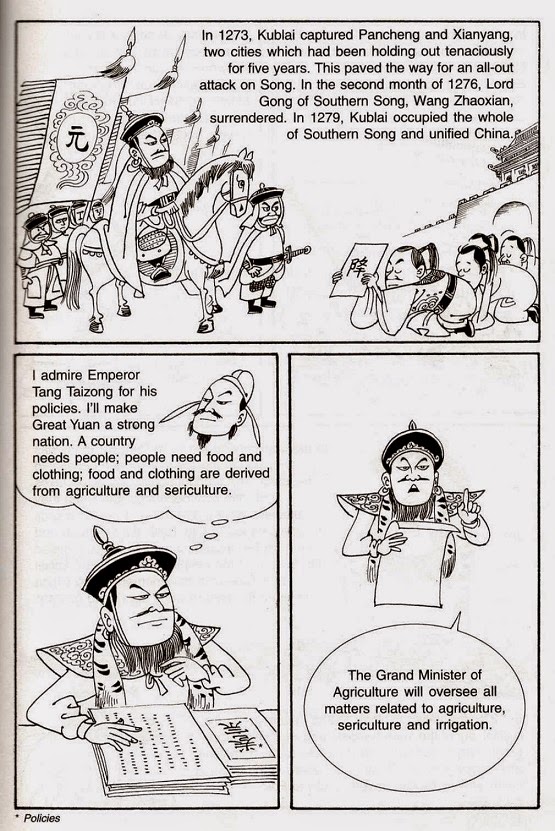 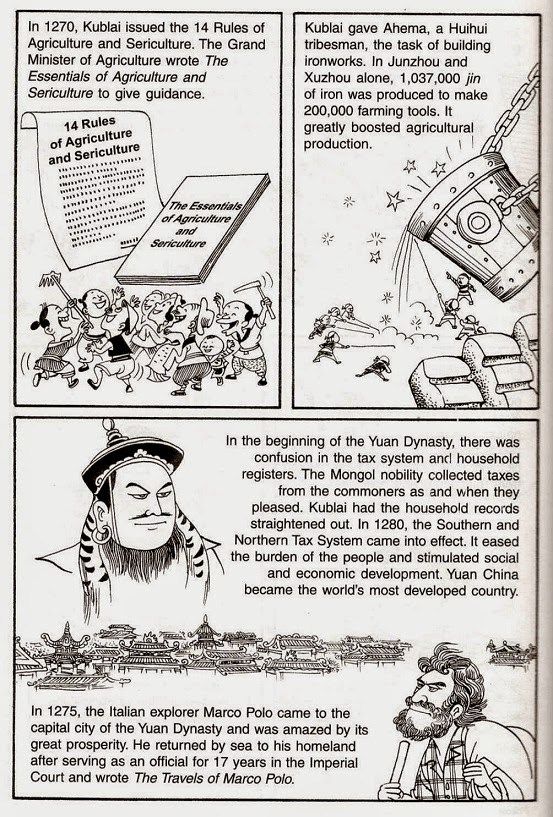 Thoughts of the day: 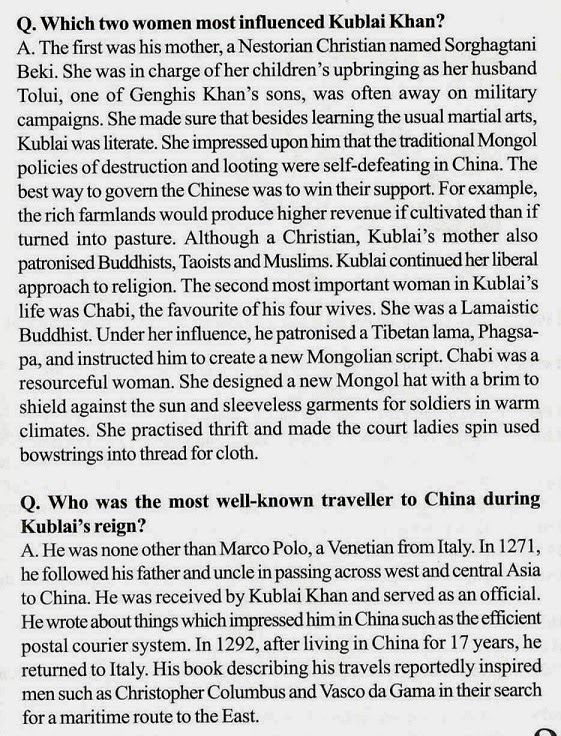 
Art collectors have long complained of being overcharged or underpaid by dealers in the famously opaque art market. Now, a scandal unfolding in Monaco and Singapore could shed light on the global market for multimillion-dollar art and possible manipulations by megadealers.
The case involves Yves Bouvier, the Swiss businessman and art dealer who operates giant storage centers in Switzerland, Luxembourg and Singapore that hold billions of dollars of art for the global rich. Bouvier was arrested in Monaco in February as part of an investigation into fraud. The case focuses on several works purchased by Russian billionaire Dmitry Rybolovlev, who claims Bouvier inflated or misrepresented prices by millions of dollars.
On Thursday, a Singapore court ordered a freeze on Bouvier's assets, forbidding him from removing any assets or disposing of any assets outside of Singapore, according to local media reports.

Dmitriy Rybolovlev
According to Forbes, one of the pieces was an Amadeo Modigliani sold by hedge-fund billionaire Steve Cohen. Rybolovlev bought the piece from Bouvier acting as the dealer for $118 million. Forbes said Rybolovlev later talked to Cohen's art adviser, Sandy Heller, and found Cohen sold the Modigliani to Bouvier for $93.5 million—giving Bouvier a more than $20 million mark-up, including fees.
The case also reportedly involves works by Leonardo da Vinci, Pablo Picasso and Paul Gauguin.
The Monaco attorney general's office is staying largely quiet on the case after the initial arrest. But lawyers and art dealers familiar with the discussions say the case could expand well beyond Bouvier and reach into the top galleries and billionaire collectors in New York, London and Hong Kong. It could widen to involve not only undisclosed mark-ups by dealers, but also tax fraud, global money laundering and possible bribery.
"This is just the beginning," said one prominent art lawyer in New York who asked not to be named. "There will be a lot of big dealers and collectors involved."
Bouvier is a central player in the high-end global art market due to his large art-shipping company and holdings in storage facilities known as freeports. He is the largest client of a freeport in Switzerland, and owns freeports in Singapore and Luxembourg.
Freeports are massive, maximum-security storage sites often located near airports that allow the rich to store expensive valuables in duty-free zones. There is no customs duty payable when bringing art into the freeports and no sales taxes required when selling a work inside—taxes that could run into the millions of dollars for major works of art.
The freeports have come under scrutiny by regulators in recent years for their secrecy and tax benefits, though Bouvier has always denied that they're used for money-laundering or tax-avoidance.
In an interview with Spears magazine, that ran earlier this year, Bouvier said the freeports solve a simple problem for today's big art collectors.
"Collectors have a problem: they buy too much," he told Spears. "They are addicts. They have space at home for one and they buy 10."
With his knowledge of the vast troves of art stored and shipped by top collectors, Bouvier also acted as a dealer, offering to buy and sell pieces for clients. He acted as the dealer for several works sold to Rybolovlev, who had been a client of Bouvier's for 10 years, according to the Rybolovlev family's attorney.
Art attorneys say that other dealers and galleries in New York also dealt frequently with Bouvier, representing possible buyers and sellers. And many collectors say they welcome a case that could provide transparency into a multibillion-dollar market that remains largely unregulated and offers little disclosure.
"Collectors have no way of knowing what pieces are really being bought or sold for," said one collector. "Maybe this case will break that open." 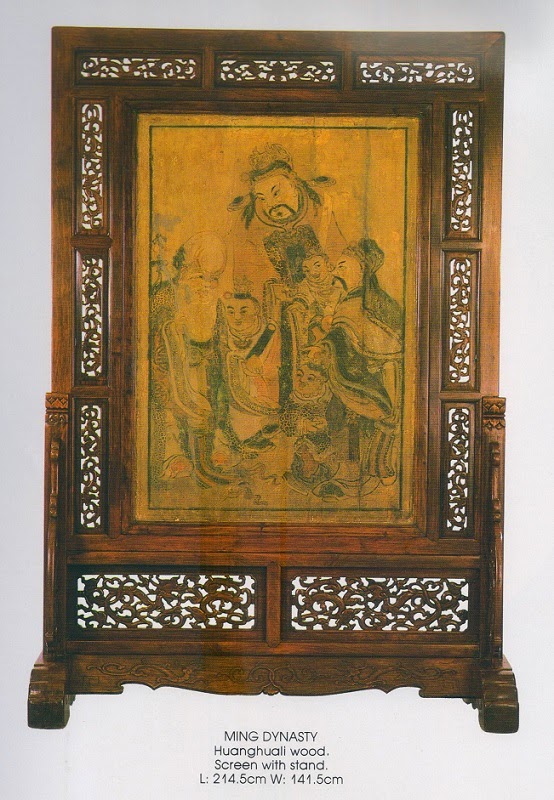 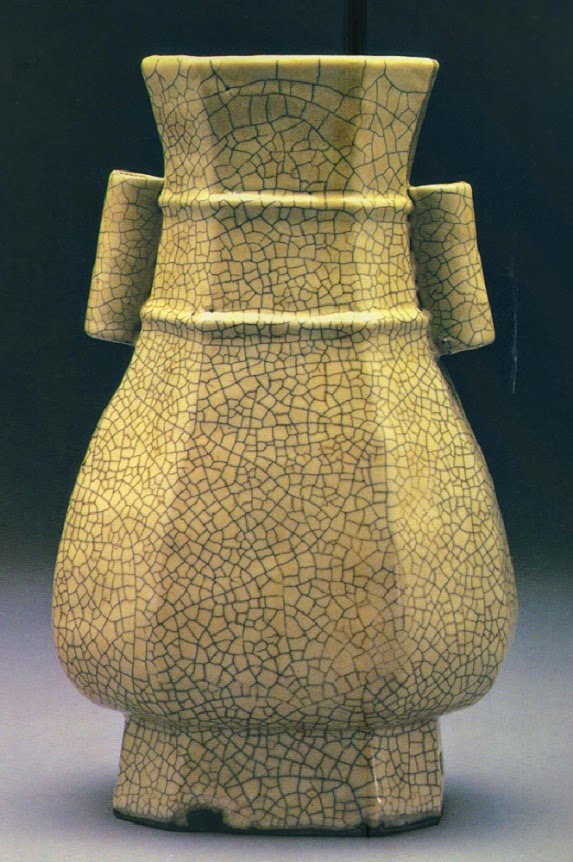 
Some quick facts about this emperor:
Ø      He lost his father at the age of nine.
Ø      He unified the Mongolian steppes after 4 large scale battles.
Ø      He implemented the system of qianhuzhi (thousand household community) and divided into 95 such units.
Ø      He conquered 40 countries in his lifetime. 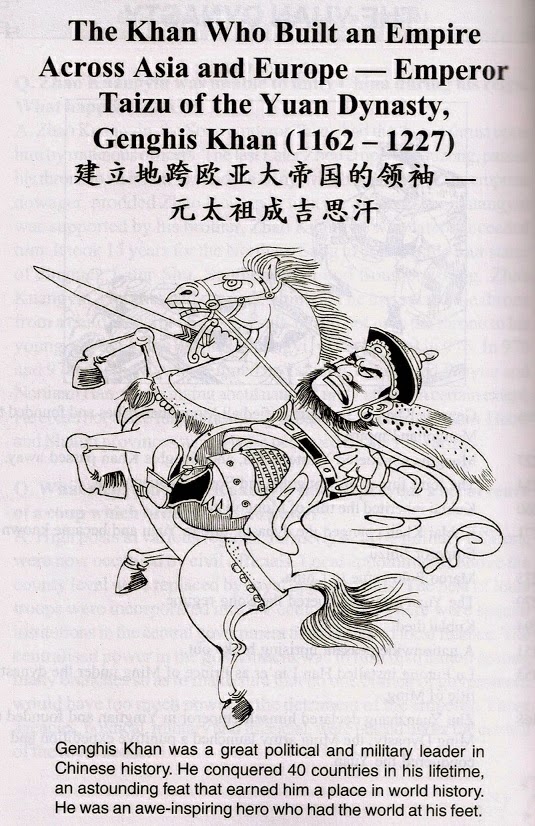 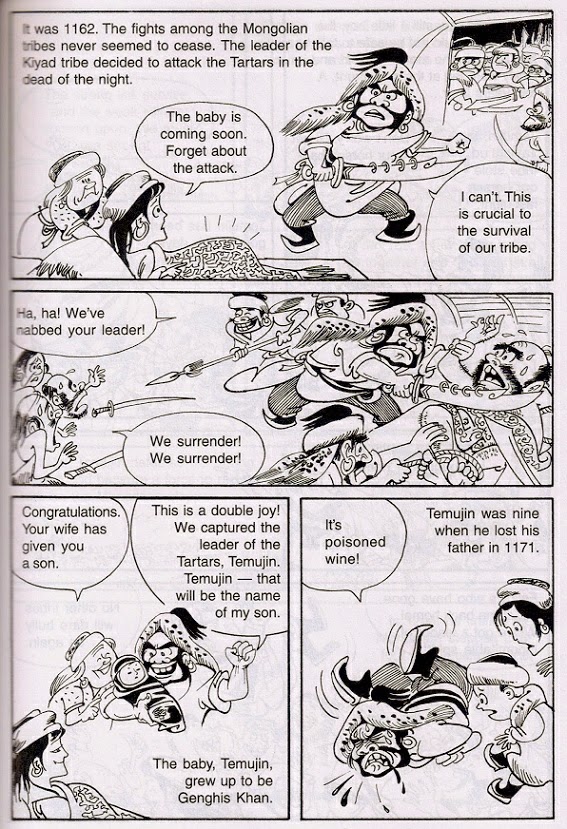 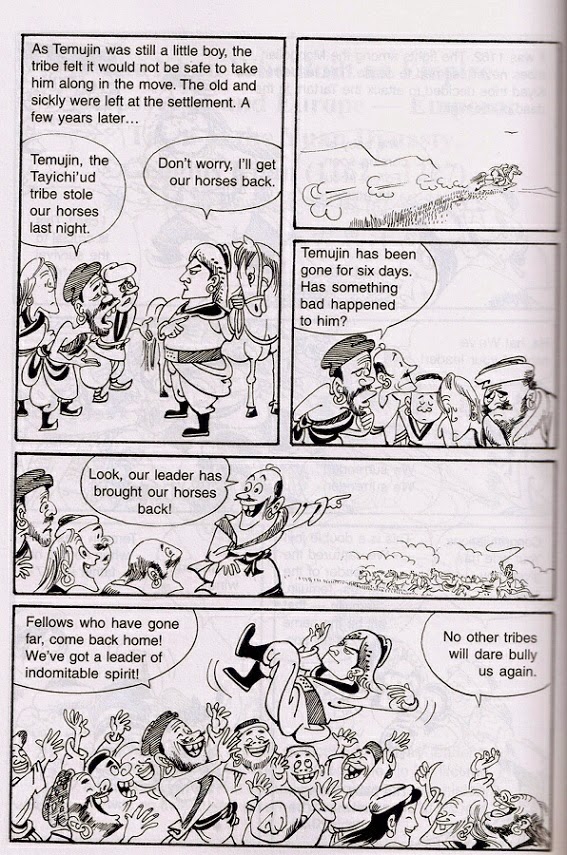 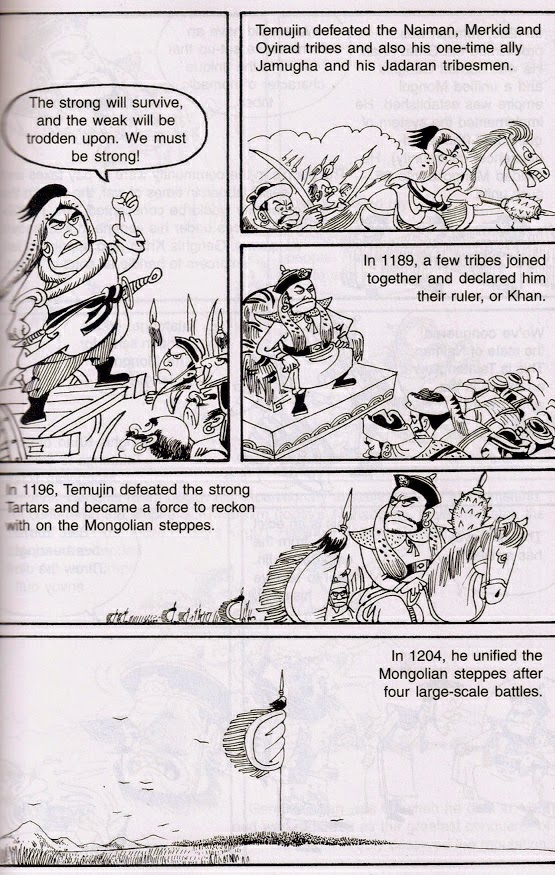 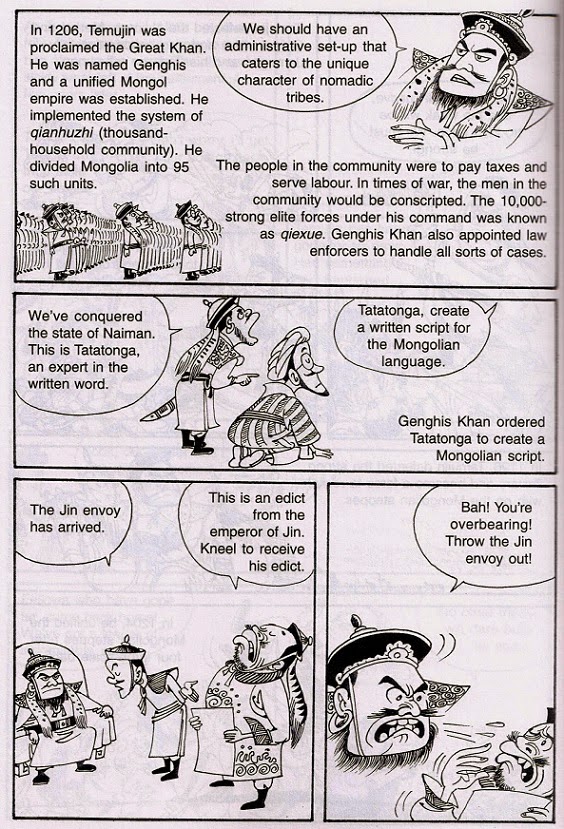 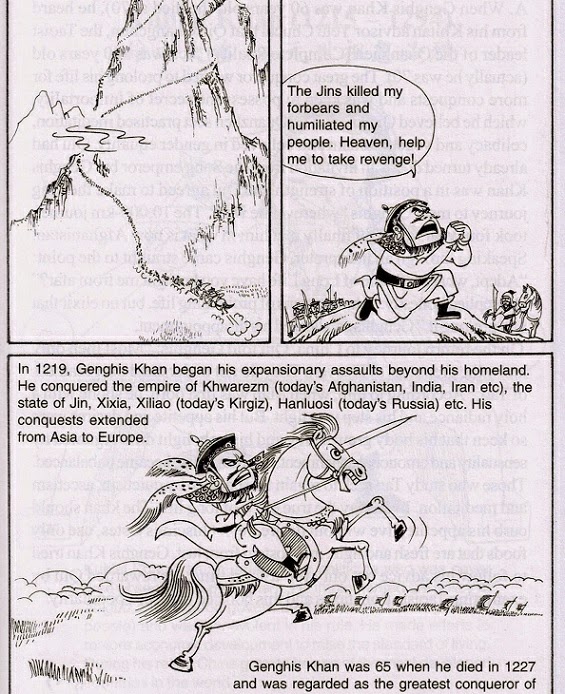 Thought of the day:

Q: Genghis Khan asked a Taoist master for the secret of immortality. How did they meet? 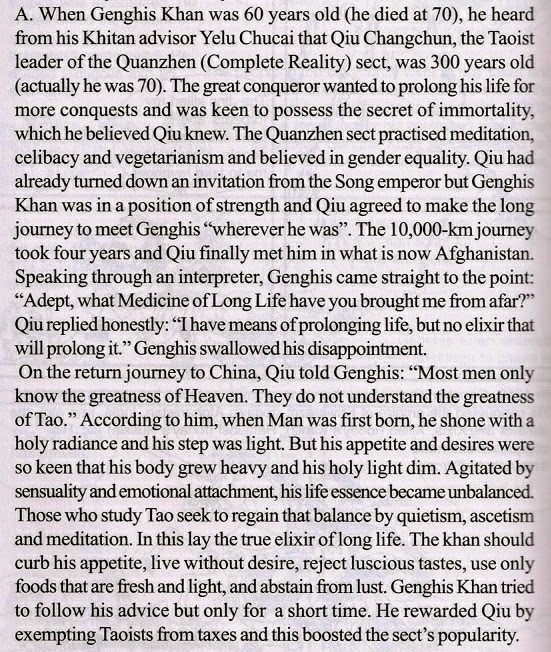 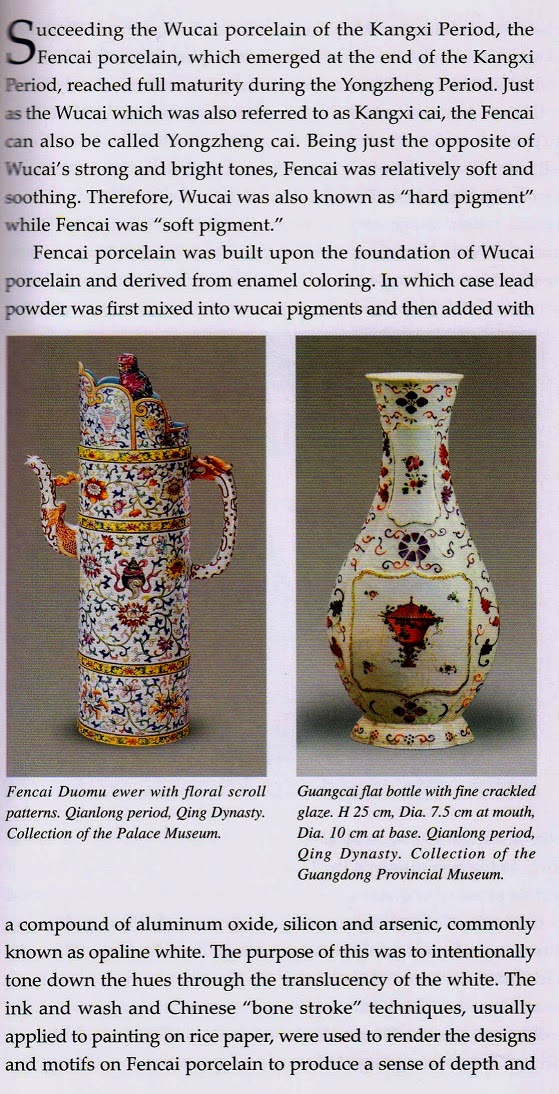 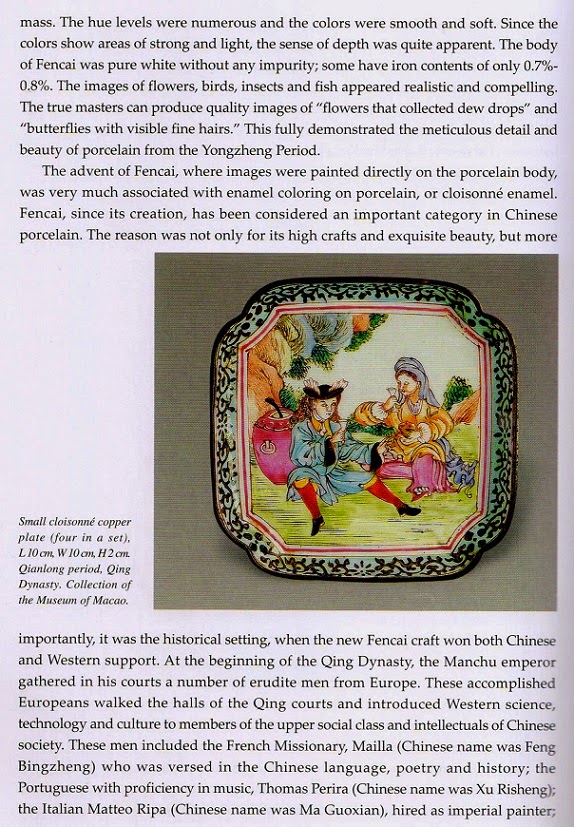 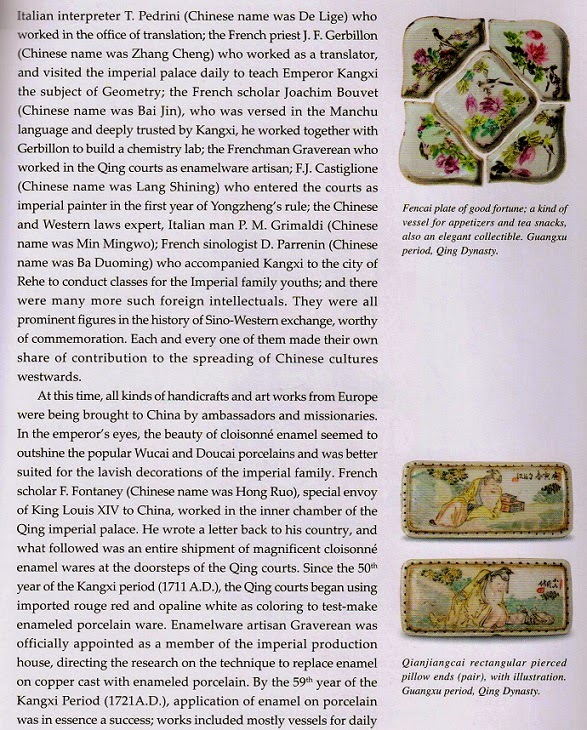 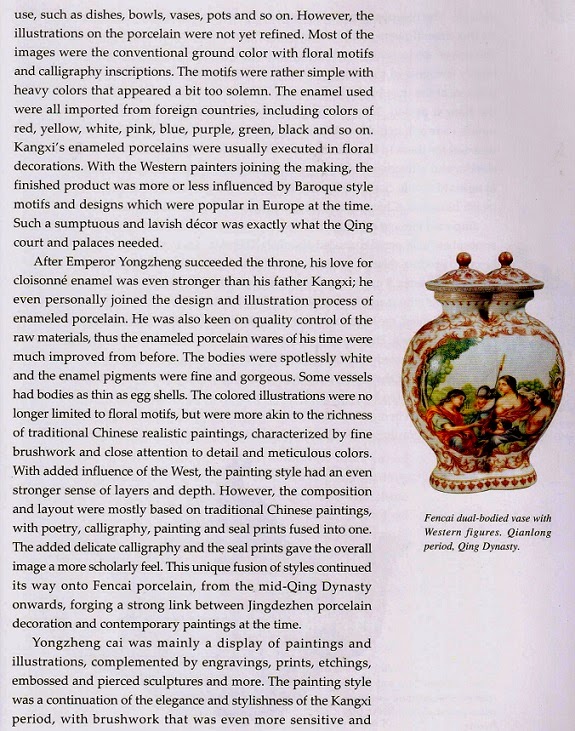 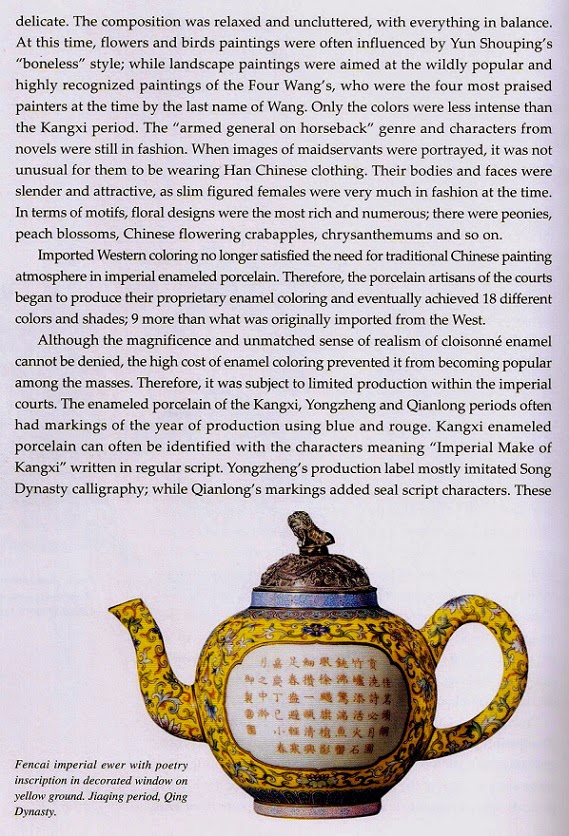 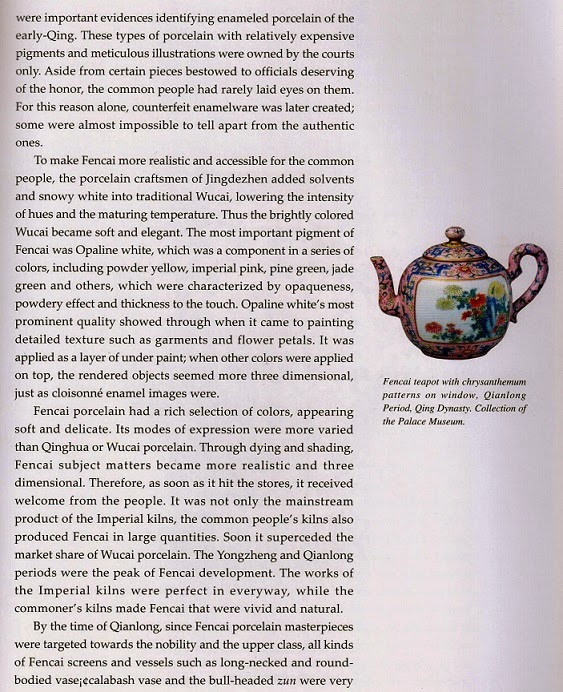 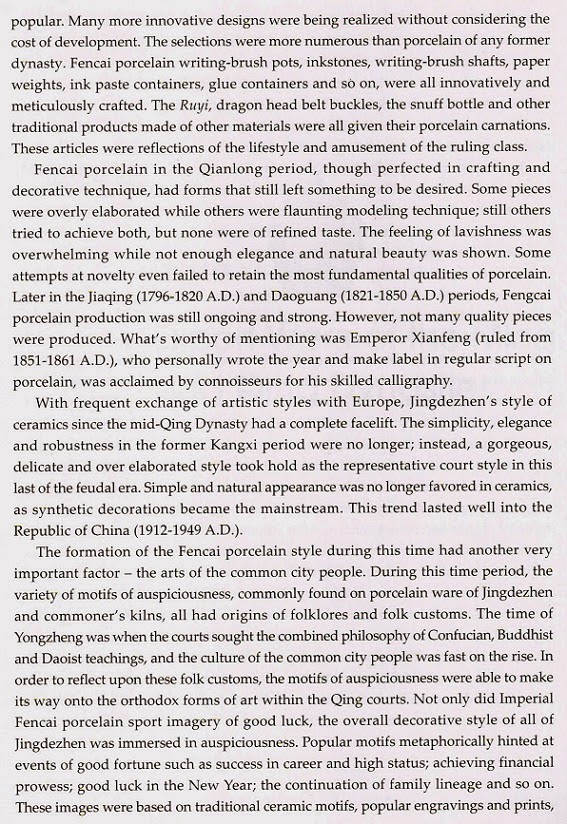 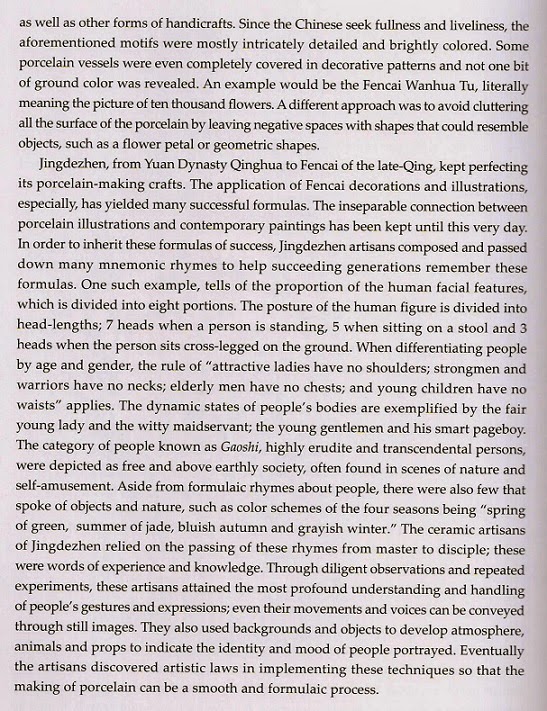