Please feel free to drop by and have a look at our featured Zisha teapots for Aug - Sept 2017:) 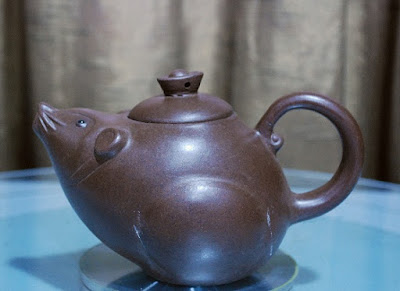 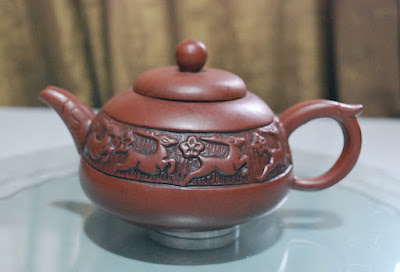 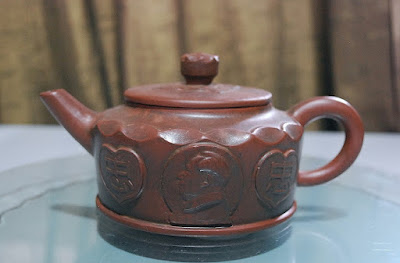 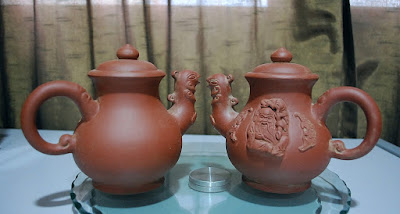 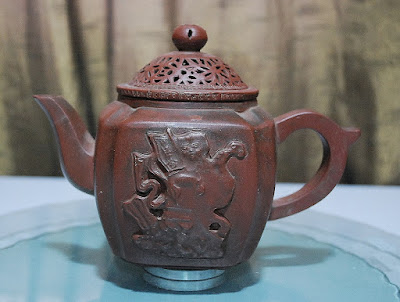 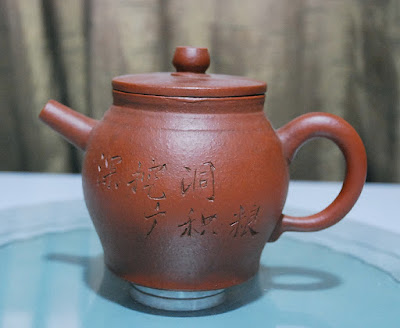 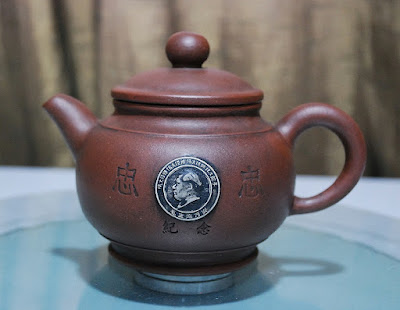 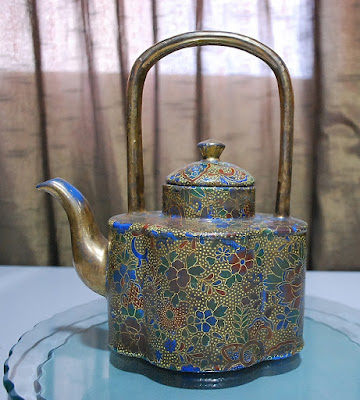 Rising China: Why a Chinese Vase Made €740,000 at Auction By Michael Parsons

Share to FacebookShare to TwitterShare to Email AppShare to Pinteres
“Chinese vase sells for record price. ” Heard it before? Well, here we go again.
Last Saturday, a bidding war lasting seven minutes unexpectedly erupted during Sheppard’s auction of Chinese Ceramics, in Durrow, Co Laois. Lot 86, an antique blue-and-white “Qing Period” vase measuring just 23cm sold for €740,000 – 740 times its median pre-sale estimate (€800-€1,200) – and a record price for a piece of decorative art at auction in Ireland.
Why was it so valuable?
The vase was catalogued as “Qing Period” – a reference to the imperial Qing dynasty that ruled China from 1636 until 1912. But the bidders believed that the vase had a personal connection to the 18th-century Emperor Qianlong who reigned from 1735-1796 and was a major patron of the arts and a collector of carved jade, bronzes and ceramics. The vase was likely to have been either part of his personal collection or to have been given by him as a gift to, perhaps, a visiting dignitary.
The price beat the previous record – also achieved by Sheppard’s in 2012 when a matchbox-sized, carved Chinese jade seal sold for €630,00. The estimate for the seal had been €4,000-€6,000.
Both are classic examples of auction “sleepers” – the term used to describe items which have been massively, and unintentionally, undervalued but are spotted by at least two bidders who believe the true value to be far, far higher.
Chinese “sleepers” have emerged at Sheppard’s and other Irish and international auction houses during the past decade – and achieved jaw-dropping prices – as a generation of newly-rich Chinese collectors roam the world seeking to buy back items associated with the country’s imperial past.
But a bemused public may wonder why does this keep happening?
Auctioneers say that Chinese ceramics can be very difficult to value with absolute precision even by the most eminent experts. Items continue to slip through the net – to the delight of vendors and, of course, the auctioneers who earn whopping commission on such sales. Of course, it’s not just Chinese antiques that can cause a surprise. For example, at Adam’s auctioneers in Dublin in April this year, a painting of Christ with a top estimate of €800 sold for €120,000. But, in recent years, it is Chinese “sleepers” that have attracted most attention. The first major such sale in Ireland took place also at Sheppard’s in 2010 when another blue-and-white Chinese vase valued at around € 100, and consigned by a Carlow family who thought it was only of ornamental value, was bought by a London dealer for € 110,000. Since then, there have been quite a few spectacular prices achieved at Sheppard’s and other auction houses both here and overseas.
Spotting the imperial pieces among the sea of blue-and-white antique Chinese porcelain has become the stuff of legend in auction rooms worldwide. The market for antique Chinese porcelain is also reputedly full of counterfeits and so buyers and collectors need to exercise extreme caution. If you own a piece of Chinese porcelain and have never had it valued – now might be a good time to visit an auctioneer for a free valuation.

To view the full article, please go to:

https://www.irishtimes.com/life-and-style/homes-and-property/fine-art-antiques/rising-china-why-a-chinese-vase-made-740-000-at-auction-1.3126959
Posted by May Naik at 02:03 No comments:

Sotheby’s plunged the most in nine months after second-quarter earnings missed estimates due to higher expenses.
The New York-based auction house of fine art and collectibles reported a 14 percent decline in profit for the period ended June 30, according to a statement Thursday. Net income slid to $76.9 million from a year earlier even as the company sold the most expensive artwork of 2017 in May -- a Jean-Michel Basquiat painting for $110.5 million.
Chief Executive Officer Tad Smith said on a conference call that the art market “is healthy and efficient but neither frothy nor depressed.” Masterpieces that are fresh to the market result in “eye-popping" prices while lesser works need “realistic” prices to sell.
Like rival Christie’s, Sotheby’s saw an increase in high-priced lots. The number of works priced at more than $1 million rose 5 percent during the first half of the year. The number of buyers and sellers in that price range increased by 10 percent and 13 percent, respectively, he said. Private sales for the first half rose 34 percent to $333.8 million.
Sotheby’s reported adjusted earnings of $1.44 a share, compared to the $1.51 average estimate of five analysts in a Bloomberg survey. Revenue of $314.9 million slightly missed the estimate even as it increased 5 percent.
Expenses rose almost 20 percent. The company attributed this to the projected payment of target bonuses for employees and investment in areas such as technology, digital marketing and specialist expertise. Also with more higher-priced works in the mix, Sotheby’s auction commission margin was largely flat for the quarter at 16.3 percent.
The shares slid 8.3 percent to $51.15 at 4 p.m. in New York, the biggest decline since November 2016. On July 25, Sotheby’s closed at a record $57.70.

https://www.bloomberg.com/news/articles/2017-08-03/sotheby-s-plunges-after-second-quarter-results-miss-estimates
Posted by May Naik at 01:36 No comments: